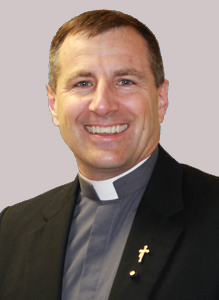 Sometimes I am asked, “Why do you work for a non-profit? You could make so much more in the private sector.” I usually answer in a manner that includes the idea that we live comfortably and then talk about the work being rewarding in other ways. I had an experience like that this week.

The Wausau Community Warming Center has showers. We have made those showers accessible over the summer to people who don’t have facilities available to them. One fellow has been coming for showers on a weekly basis for the past few months, so I have gotten to know him. The first several times he came in, he was disruptive. His presence in the office caused some stress…and he was demanding. By the time he left after his first visit, he was frustrated and we were frustrated. I didn’t expect to see him again.

A few weeks later he came in. He was greeted with a smile and he was a bit less disruptive. He still required some extra assistance, but all went well. When he came in this week, it was like an old friend walking through the door. We greet each other by name and we got him what he needed for a shower. I don’t think he comes in just for a shower and supplies, I think he comes in to talk. He comes in to be among friends. He comes in because he knows he is loved.

This week he was repacking his clothes into a garbage bag to hopefully keep them dry during the predicted rain storm (he lives alone in a tent). We talked while he packed. He figured out we are close in age and talked about things we share because of being in high school at the same time.

When it was time for me to depart from him, he looked up at me with his tired blue eyes, his tone of voice became serious and he said, “Thanks buddy! I really mean that.”

That was one of those rewarding moments. Some moments are more poignant, others less. These simple rewards come to our volunteers as well. A volunteer once told me, “I think I get more out of volunteering here than I give.” We don’t work here or volunteer here in expectation of moments like the one I described, but when they come along, they are rewarding.

The next time I see my friend, I am going to have to say, “Thanks buddy!”