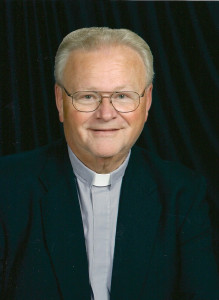 You know how sometimes when you’re driving someplace and you kind of zone out in thought and lose a bit of awareness of your surroundings? Or maybe you’re intently listening to something on the car radio and you go past the corner where you were intending to turn. A few weeks ago I was driving to my sister’s home just south of Holmen. As the freeway ended and I was on the two-lane highway by Drugan’s Golf Course, I suddenly wondered why I wasgoing to Eau Claire. Then realized I missed my turnoff to Debbie’s by several miles! I’ve joked that my car “knows” the way to Wausau and Eau Claire, but that day I began to wonder if indeed it did!

My retirement day of December 15 is rapidly approaching. I think I’m ready. I’ve about finished all the things I’m going to do here; all that’s left is to move a few boxes of books and personal items out to the car to take home. Roberto Partarrieu, the new Executive Director, is here and has been prepped and is ready to go solo. He’s a good man and will do a fine job leading Catholic Charities. The Board meets on the 15th and we’ll officially pass the title to Roberto and I’ll be “emeritus.” 🙂 That will be good!

In these past few weeks, I’ve been asked what I am most pleased with at Catholic Charities over the past nine years. There are many things that are pleasing. Just to mention a few would include the establishment of our shelter services – Sojourner House in Eau Claire; the Warming Center in Wausau; and the new Warming Center that just opened in downtown La Crosse. Another would be closely linked to the first and that is Catholic Charities has moved closer to the “street,” a little closer to the poor and disenfranchised – not just in shelter services but throughout the organization. And that has been very good. Pope Francis has said he’d like to be the shepherd of a Church that smells a little more like the sheep. I think our Catholic Charities smells a little more “sheep-ish” than it did nine years ago. I’m also very proud of my co-workers at Catholic Charities – they are excellent in professionalism and superior in dedication to our mission; true Servant Leaders. I think by example and pursuit of Jesus and the social gospel we have been evangelizers in our diocese. The mission of Catholic Charities is essential to the Church!