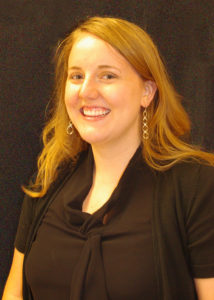 Sometimes the adoption journey can be a long process, but in other cases, one phone call can change an adoptive family’s life in a matter of days! A young couple came to Catholic Charities in 2015 after struggling for several years with infertility. After successfully completing their home study, they began the process of waiting for an infant to join their family. Shortly under a year later, a young woman faced a challenging situation of an unplanned pregnancy. She and her family sought the support of Catholic Charities shortly after she delivered her baby boy. The birth mother felt strongly that she would like the child to be placed directly with his adoptive family at the time of hospital discharge. After thoughtfully reviewing family profiles, the birth mother selected the young couple who had been awaiting a match through Catholic Charities Agency Infant program. The family was extremely surprised and thrilled to receive a call from their social worker learning that not only had they been selected by a birth mother, but the baby was due to be discharged from the hospital within a few days!

The following day they drove to the hospital to meet the birth mother, her family, and their future son. The connection the adoptive family and the birth family developed was apparent from the moment they stepped into the room. Two hours later when the meeting ended, it was clear by all of the uncanny similarities that God had drawn these two families together, united by this precious baby boy. The next day, the family again returned to the hospital, this time to bring home their baby boy. Within 48 hours, the family had gone from not even knowing of their son’s birth, to bringing him home from the hospital! The birth family and the adoptive family were able to spend a considerable amount of time together at the hospital and continue to build a strong foundation to their relationship. Today, that baby is a healthy, thriving little boy who is dearly loved by both his birth and adoptive families. Both his birth and adoptive families have kept in contact and developed a mutually loving and supportive relationship for the precious baby boy that drew them all together. The journey of courage, hope, and faith by all parties has led to a beautiful ending of uniting two families forever.