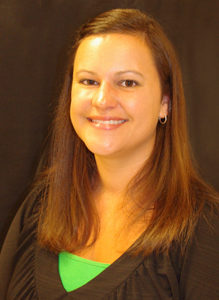 I have been working with a family now almost continuously for over six years. They first came to Catholic Charities at the end of 2010 hoping to become parents through adoption. Earlier that year, the couple became married. They always knew they wanted children, but because of medical issues the wife was informed by her physician that becoming pregnant and carrying a child would not be an option for her. After careful consideration of options, the couple decided they would become parents through adoption, specifically domestic adoption. Fast forward two years and the couple happily became matched with a birth mother and soon after took placement of a beautiful little girl. The family was able to meet their daughter’s birth parents and birth sister, who chose them and continue contact with their daughter’s birth parents today.

Although we know as adoption professionals that openness is what is best for all members of the adoption triad (adoptees, birth parents and adoptive parents), it can sometimes be difficult for adoptive parents to come to terms with and accept. Some look at it as “shared” parenting, and some view the birth parents as a threat (will my child love his/her birth parents more than he/she loves me, etc.). This family though has remained positive in not only embracing their relationship with their daughter’s birth parents, but truly valuing that relationship and what it means to their daughter in the long run. There have been times when they haven’t been able to reach their daughter’s birth parents or know they are struggling in some way, and it’s been difficult and sad for them. They miss that contact when it’s not there and worry for their daughter’s sake that they may lose touch with them, fearing she won’t have a relationship with her birth family as she gets older. The couple now have placement of another child through adoption and are just as adamant about continuing an open adoption relationship with his birth family. In fact, there was a period of time due to some legal issues when they had to put that relationship on hold and it broke their hearts not knowing if they would ever connect with his birth mother again. Thankfully they have been able to rekindle that relationship.

As Mother’s Day approaches I think about the relationships birth moms have with adoptive moms. Can you imagine the magnitude of connectedness knowing that one mom conceived and carried a baby for nine months and then unselfishly allowed another family to parent that very child for a lifetime? By choosing adoption for their children, those birth mother’s made a couple experiencing the heartbreak of infertility become parents. In the same sense, the adoptive parents are recognizing that gift and unselfishly welcome these “strangers” into their hearts. I am so glad we have adoptive parents who recognize the sacrifice and unconditional love birth parents have for their children and value that their children have so many people who love them. The more, the better, right? I hope you will join us this Mother’s Day in not only honoring the exceptional adoptive moms like the one mentioned here, but also recognize Birth Mother’s Day and how without one we wouldn’t be celebrating the other. 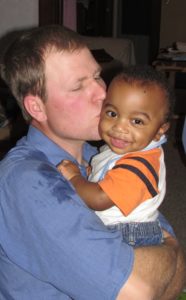